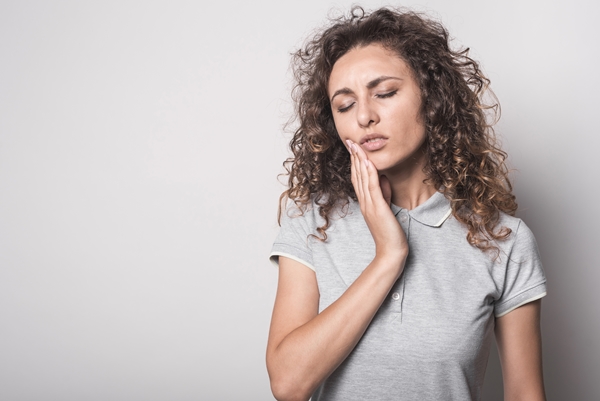 Also known as dentinal hypersensitivity, teeth sensitivity may become troubling when the softer inner part of the tooth, called dentine, that lies under the enamel and the gums, gets exposed. Receding gums and enamel wear are the two major problems that can result in tooth sensitivity. Having sensitive teeth has no at-risk age groups; it can happen to anyone anytime during a lifetime. However, statistics reveal that most people suffering from tooth sensitivity are between the age bracket of 20 to 50 years.

Desensitizing toothpaste contains compounds that block the pain signals that travel from the tooth nerve to the brain. One of the most active ingredients among these is potassium nitrate. These compounds cover the nerve endings and shield them from irritants.

The toothpaste should be used twice daily, once in the morning and once before bedtime. It is recommended to use toothpaste on a soft-bristle toothbrush and rinse the mouth with low-acid mouthwashes or fluoride mouth rinses for best results.

Saltwater acts as a strong antiseptic, and hence, helps in reducing pain and inflammation.

In order to alleviate pain and discomfort due to tooth sensitivity, gargle and rinse your mouth with salt in warm at least twice daily.

½ to ¾  teaspoon of salt should be added to lukewarm water. Then, the prepared solution should be swished in the mouth for 30 seconds before spitting it out.

Tooth sensitivity can be reduced by oil pulling with coconut or sesame oil. Oil pulling is a traditional Ayurvedic method of swishing oil around the mouth for several minutes before spitting it out. This process, if practiced every day, reduces plaque formation and gum diseases.

Oil pulling should be done at least once every day to prevent gum diseases. Take some sesame or coconut oil, and rub it on your gums for a few minutes before spitting it out. Practice this for 10-15 minutes every day.

Cinnamon is known to kill the bacteria present in the mouth, and when it is consumed along with clove, it is considered to be one of the best remedies for sensitive teeth.

Cinnamon bark should be boiled along with clove, and the water should be used to gargle at least twice a day.

Turmeric consists of a compound named curcumin, which is known for its anti-inflammatory properties and hence works well on sensitive teeth.

Grind some turmeric and massage it over the gums and tooth to heal tooth sensitivity. You can alternatively make a paste by mixing 1 tsp turmeric, ½ tsp salt, and ½ teaspoon mustard oil. This paste should be applied twice daily on the gums and teeth for pain relief.

Teeth Sensitivity troubles immensely if not treated properly or taken care of at the right hour. The wearing down of enamel and gum diseases, resulting from plaque buildup, are the root causes of this incessant problem. However, checking up on it and treating it at the right time with proper tooth care and consultation from a dentist can keep this problem at bay.

If you liked this article, check out another cool post on Home Remedies To Remove Cracked Heels.